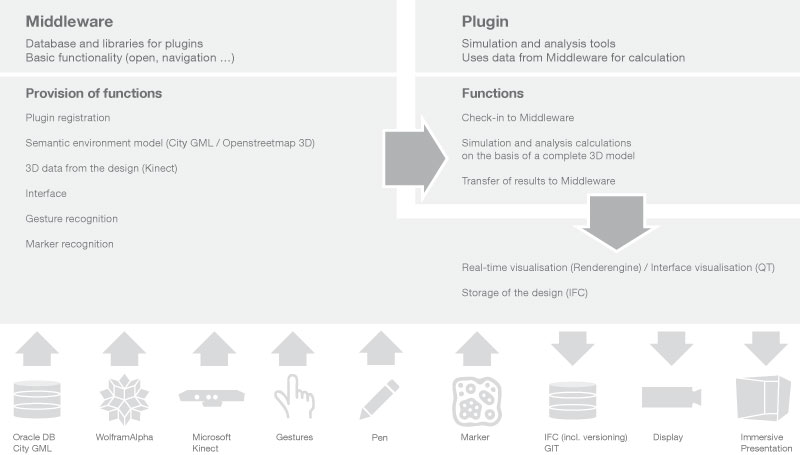 Based on the aforementioned predefined requirements, a concept for middleware was developed and programmed as part of an interdisciplinary student project.The middleware serves as an interface between the design (in the form of the working model) and the supporting design tools (simulations and analyses) and at present provides the components

Based on a modular building block principle, different design-support tools can “dock” onto the middleware. This makes it possible for architecture students in future student projects to be able to develop and program their own tools. For the moment, the scenarios described in section 3 were ported to the system in C# and trials were undertaken. To make handling as easy as possible, a plugin architecture has been devised. The data exchange – retrieval of the base data on the one hand and communication of the results for display on the other – happens in the middleware.
A uniform user interface, and therefore a consistent operating paradigm, is ensured with the help of a central interface library in the middleware.