Within the scope of the project, methods for the representation of different scales (M1:1 and M1:100) for AR visualizations were investigated and developed.

Simulation-based design in an urban context, taking into account aspects of energy and climate

At March 22nd 2016 BBC World / Arabic visited the Lab of the CDP Research Group to figure out new ways of Human Computer Interaction / HCI in the context of urban planning. Starting from minute 4:34

The digital transformation is going on. The Bavarian State Government has therefore launched the center Digitalisierung.Bayern. Among the handpicked exhibitors at the opening event the ZD.B Leonard Obermeyer Center was represented. In this context live demos of the CDP // Collaborative Design Platform had been taken place. 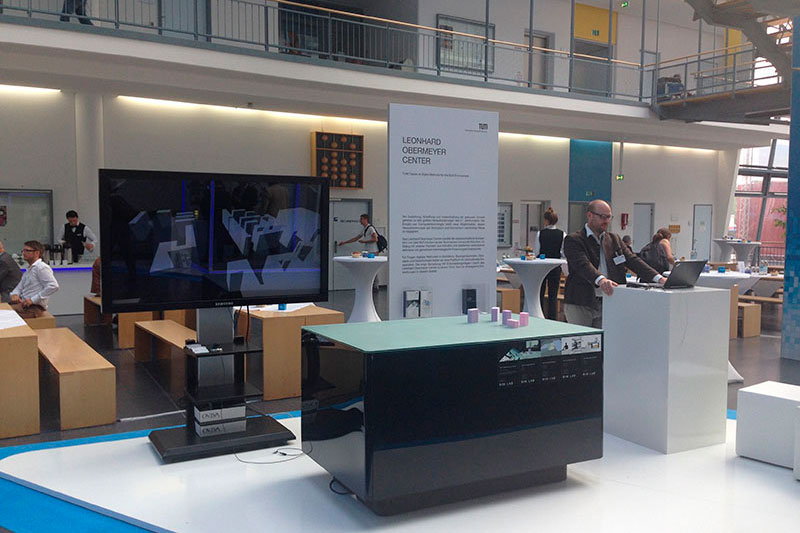 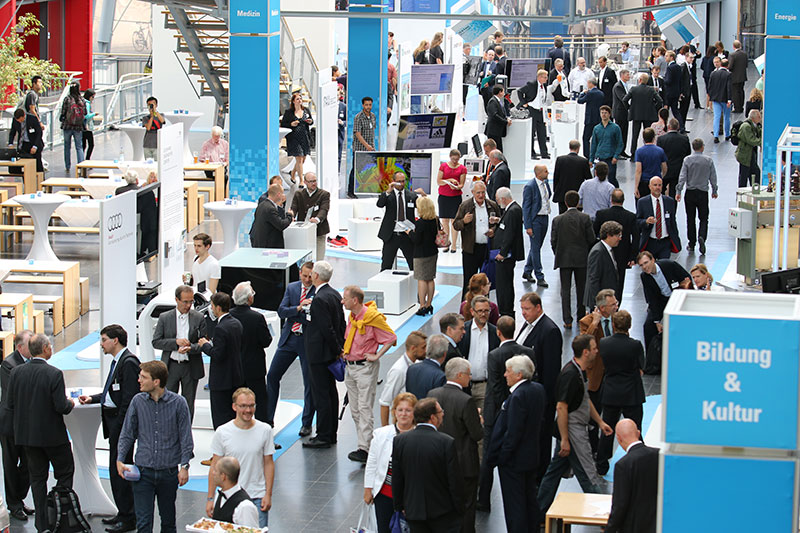 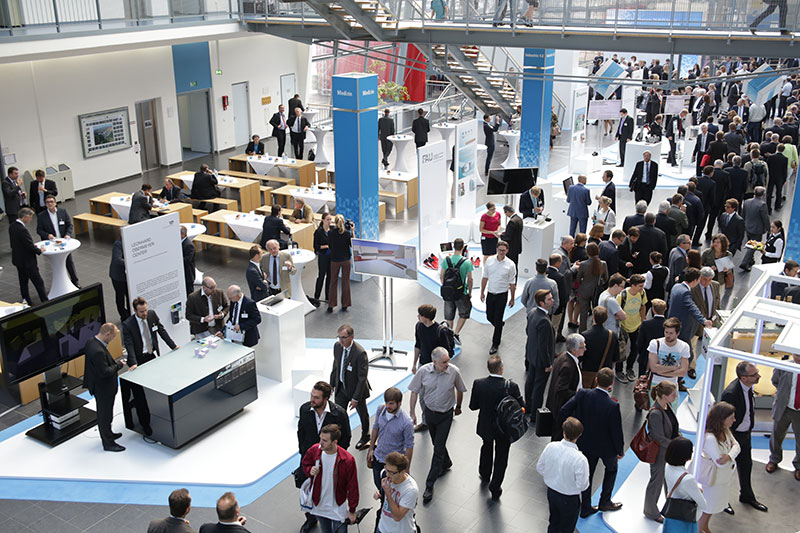 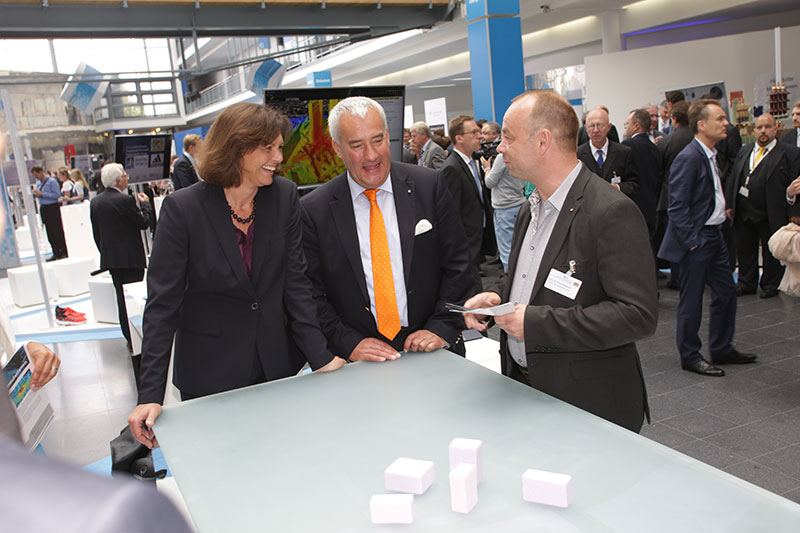 The CDP platform with the AR On-Site App has been presented on CAADfutures 2015 (6th - 10th of july) in Sao Paulo.
Check out the paper on springer.

The consequences of architectural planning and design decisions made in the early design phases are hard to foresee. While professionals are used to reading plans and understanding architectural models, most laypeople are not familiar with their abstractions. This can lead to misinterpretations and misunderstandings between the different participants in the design process, especially in complex building situations, and decisions can be made or rejected that can have far-reaching consequences for the remainder of the project. In this project we implemented a decision-support system for the early design and discussion stages of urban design projects, that precisely dresses this problem. The setup directly connects physical volumetric models and hand-drawn sketches with an interactive, mixed- reality visualization presented on a tablet or mobile phone, making it possible to see an interactive real- time view of an architectural design within the context of the actual site. In addition, the system is able to incorporate interactive simulations conducted on the model and presented in the AR-view.

Gerhard Schubert won the first price on "Auf IT gebaut 2015" with his Doktoral Thesis. Award ceremony at the BAU 2015 (20th of january)

In context of the 14th Public Science Days Munich, the CDP Project had been presented to the publicity. Next to the presentation via video and poster on the stand, there had been two live presentations at the BIM-lab.

Presentations and discussions between architects and clients during the early stages of design usually involve sketches, paper and models, with digital information in the form of simulations and analyses used to assess variants and underpin arguments. Laypeople, however, are not used to reading plans or models and find it difficult to relate digital representations to the real world. Immersive environments represent an alternative approach but are laborious and costly to produce, particularly in the early design phases where information and ideas are still vague. This video presents how linking analogue design tools and digital VR representation has given rise to a new interactive presentation platform that bridges the gap between analogue design methods and digital architectural presentation.

Final Implementation of a 3D Sketching Tool. This research project investigates existing methods for 3-D reconstruction out of raw, inaccurate, and possibly incomplete hand drawings. The goal of the project is to find a procedure for fast approximation which requires a few or no additional user interventions. The reconstructed 3-D shape should retain its roughness and stay as close as possible to the original sketch.

The CDP Project has won the first Price of this years CG Architect Award.

Violin Yanev won the first price on "Auf IT gebaut 2012" with his Master Thesis. Award ceremony at the BAU 2013 (15th of january)

New Project based on the CDP platform has been presented on ACADIA 2012 (18th - 21st of october) in San Francisco, CONVR 2012 (1st - 2nd of november) in Taipei and Forum Bauinformatik (26nd - 28nd of september) in Bochum. Check out the papers at cumincad.